Anyone concerned for the state of the  Environmental Protection Agency is pretty worried about the new administrator, Scott Pruitt. Pruitt once was attorney general of Oklahoma, where he formed strong relationships with the oil and gas industry.

In a recent address to his underlings, in an effort to rally . . . something? . . . he didn’t talk about public health or climate change, except to quote Sierra Club founder John Muir: “Everyone needs beauty as well as bread, places to pray in and play in.”

This quote is from Chapter 16, “Hetch Hetchy Valley,” in Muir’s 1912 book The Yosemite. Muir and the Sierra Club were battling the city of San Francisco, who wanted to dam Tuolomne in an effort to supply water for the city.

Here is the full context of the quote, reprinted on Sierra Club’s newsletter: 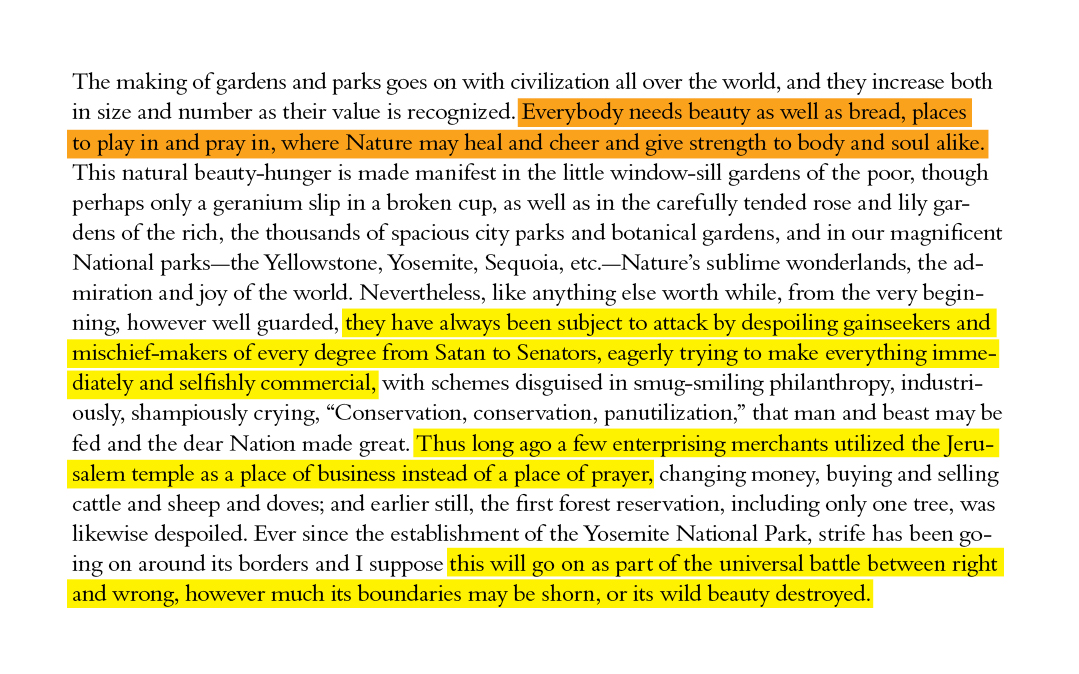 Pruitt, without a doubt, falls under the heading of “despoiling gainseekers and mischief-makers” as a dangerous leader who opts to cut environmental protections, denies climate change, and thumbs his nose at public health. Using Muir’s words for his own benefit isn’t the smartest stunt Pruitt has pulled, and only underscores his lack of understanding and awareness to competently handle the job he’s been given.