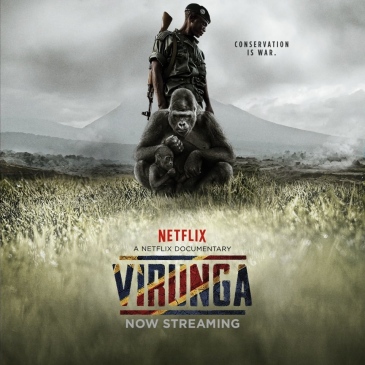 After a day of site-seeing and a bite to eat in the Dodo Express’s buffet car, what better way to kick-back and relax than with a film. Only you won’t find the latest hollywood blockbusters in our entertainment suite, and some of our films may prove uneasy viewing. However, we highly recommend you take a look at the following features, then tell your friends and family and get them to watch too. Ignorance is not an option.

A 2016 documentary film about climate change directed by Fisher Stevens. Actor Leonardo DiCaprio meets with scientists, activists and world leaders to discuss the dangers of climate change and possible solutions 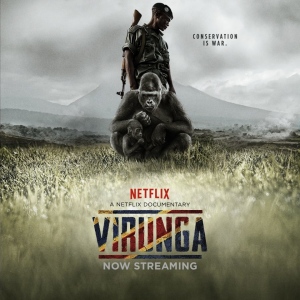 VIRUNGA IS THE INCREDIBLE TRUE STORY OF A GROUP OF BRAVE PEOPLE RISKING THEIR LIVES TO BUILD A BETTER FUTURE IN A PART OF AFRICA THE WORLD’S FORGOTTEN AND A GRIPPING EXPOSE OF THE REALITIES OF LIFE IN THE CONGO.

In the forested depths of eastern Congo lies Virunga National Park, one of the most bio-diverse places on Earth and home to the planet’s last remaining mountain gorillas. In this wild, but enchanted environment, a small and embattled team of park rangers – including an ex-child soldier turned ranger, a caretaker of orphan gorillas and a dedicated conservationist – protect this UNESCO world heritage site from armed militia, poachers and the dark forces struggling to control Congo’s rich natural resources. When the newly formed M23 rebel group declares war, a new conflict threatens the lives and stability of everyone and everything they’ve worked so hard to protect, with the filmmakers and the film’s participants caught in the crossfire.

A powerful combination of investigative journalism and nature documentary, VIRUNGA is the incredible true story of a group of courageous people risking their lives to build a better future in a part of Africa the world’s forgotten, and a gripping exposé of the realities of life in the Congo.
From director Orlando von Einsiedel and executive producer Leonardo DiCaprio.

The End of the Line

Imagine an ocean without fish. Imagine your meals without seafood. Imagine the global consequences. This is the future if we do not stop, think and act.
Filmed over two years, The End of the Line follows the investigative reporter Charles Clover as he confronts politicians and celebrity restaurateurs, who exhibit little regard for the damage they are doing to the oceans.
The film provides a dramatic expose of those in the fishing industry and politicians who are failing to protect the worlds fish stocks. Scientists predict that if we continue fishing as we are now, we will see the end of most seafood by 2048.
The End of the Line chronicles how demand for cod off the coast of Newfoundland in the
early 1990s led to the decimation of the most abundant cod population in the world, how hi-tech fishing vessels leave no escape routes for fish populations and how farmed fish as a solution is a myth.

The film examines the imminent extinction of Bluefin tuna, brought on by increasing western demand for sushi; the
impact on marine life of declining fish stocks which result in huge overpopulation of jellyfish; and the profound implications of a future world with no fish, which would bring certain mass
starvation and unemployment.

Director Davis Guggenheim eloquently weaves the science of global warming with Mr. Gore’s personal history and lifelong commitment to reversing the effects of global climate change.  A longtime advocate for the environment, Gore presents a wide array of facts and information in a thoughtful and compelling way.

“Al Gore strips his presentations of politics, laying out the facts for the audience to draw their own conclusions in a charming, funny and engaging style, and by the end has everyone on the edge of their seats, gripped by his haunting message,” said Guggenheim.  An Inconvenient Truth is not a story of despair but rather a rallying cry to protect the one earth we all share.  “It is now clear that we face a deepening global climate crisis that requires us to act boldly, quickly, and wisely,” said Gore.

For filmmaker Rob Stewart, exploring sharks began as an underwater adventure. What it turned into was a beautiful and dangerous life journey into the balance of life on earth.

Driven by passion fed from a lifelong fascination with sharks, Stewart debunks historical stereotypes and media depictions of sharks as bloodthirsty, man-eating monsters and reveals the reality of sharks as pillars in the evolution of the seas.

Filmed in visually stunning, high definition video, Sharkwater takes you into the most shark rich waters of the world, exposing the exploitation and corruption surrounding the world’s shark populations in the marine reserves of Cocos Island, Costa Rica and the Galapagos Islands, Ecuador.

In an effort to protect sharks, Stewart teams up with renegade conservationist Paul Watson of the Sea Shepherd Conservation Society. Their unbelievable adventure together starts with a battle between the Sea Shepherd and shark poachers in Guatemala, resulting in pirate boat rammings, gunboat chases, mafia espionage, corrupt court systems and attempted murder charges, forcing them to flee for their lives.